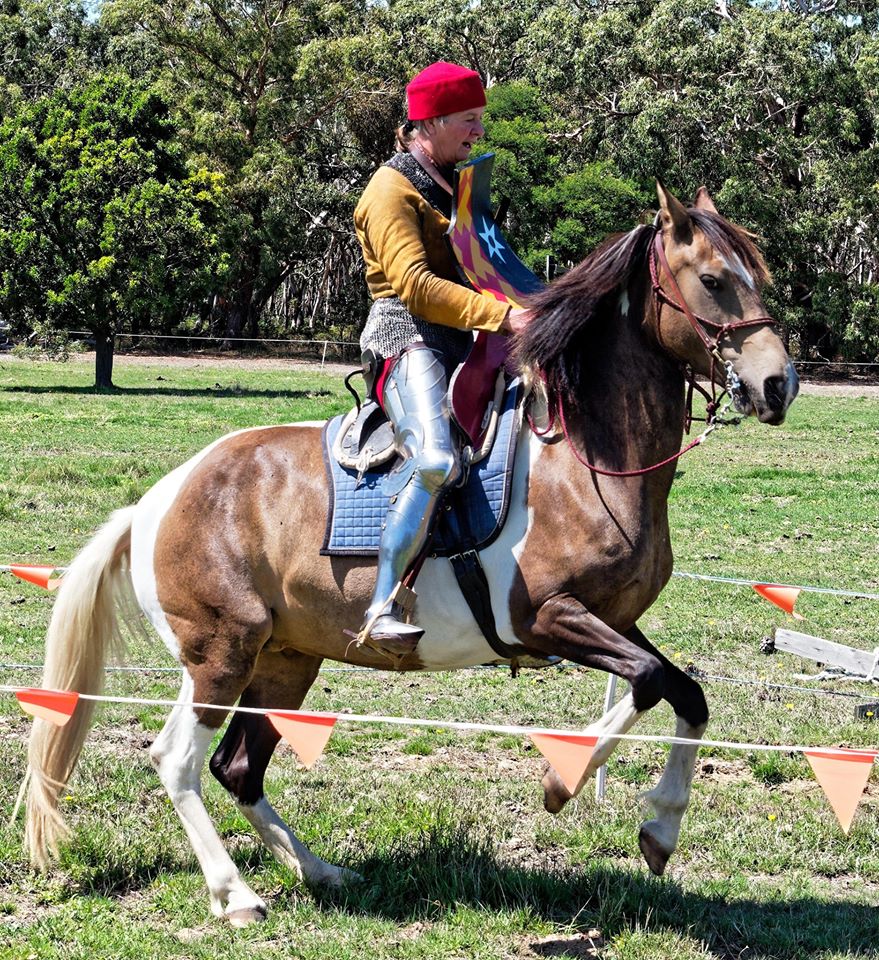 Pinta has won skill arms competitions although she is relatively new to mounted combat training. Pinta came from NZ, and had two foals subsequently, before I introduced her to mounted combat. She had her first public appearance at the Historical Equestrian Combat Symposium at Kryal Castle in 2018 under another rider. After some time off she has been back in work, focusing on dressage and mounted combat. She has learned about armoured riders, weapons and horse archery, and we have done some jousting prep work. I have taken her to more group mounted combat training days recently and to a classical dressage clinic.

Pinta is also a lovely trail riding horse, and has the smoothest gait one could wish for. At her first competition at HECS in late 2019, she won the the open and timed skill at arms events. 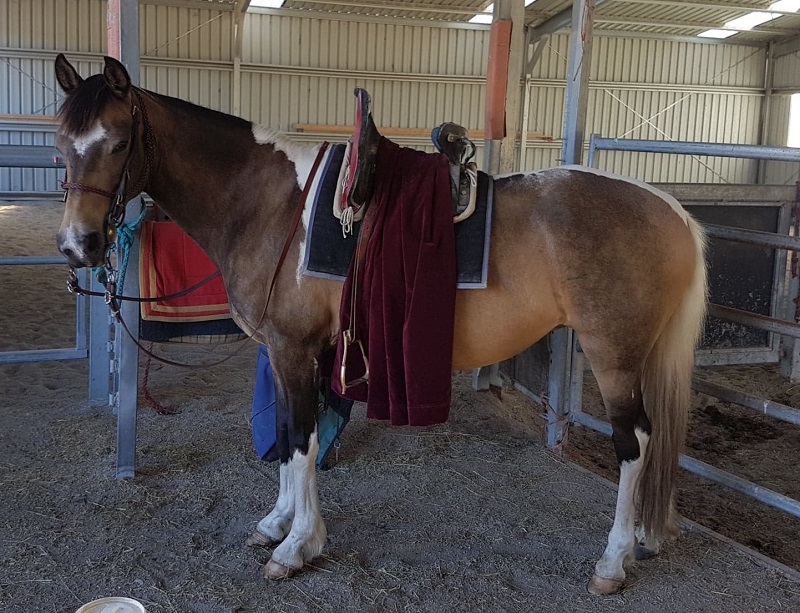 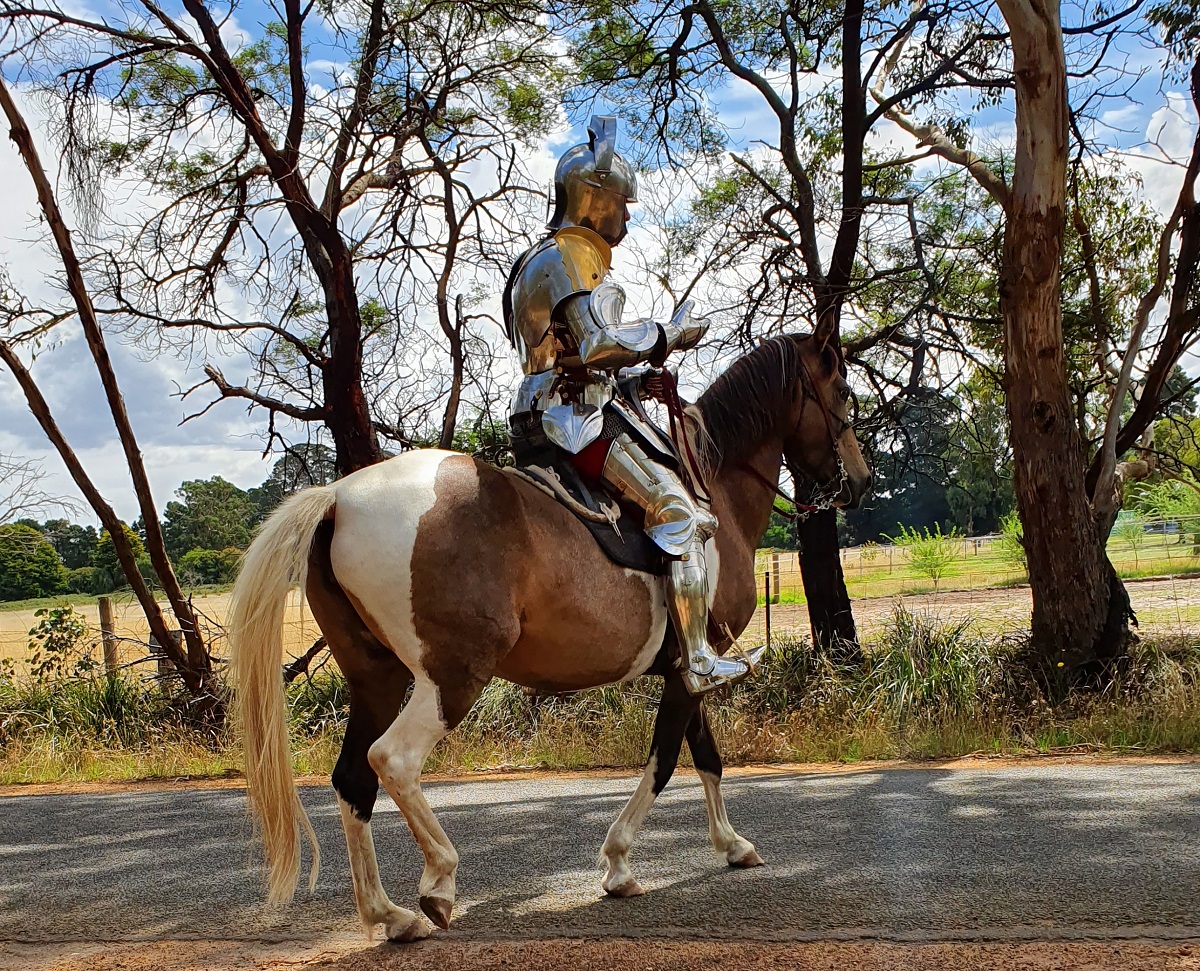