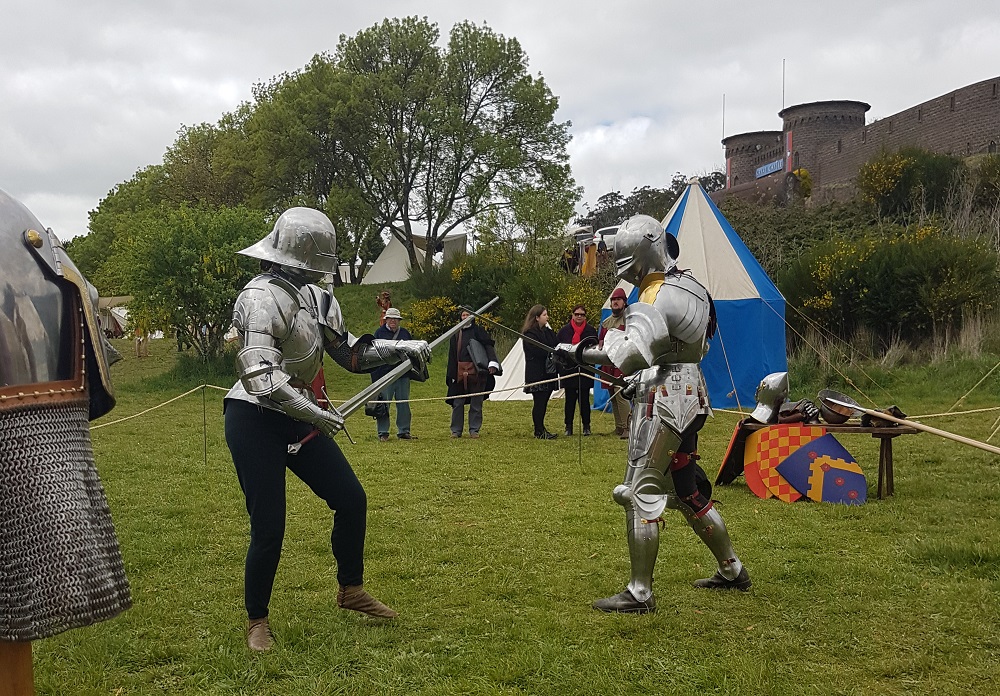 Timeline Festival was held at Kryal Castle in late October 2018. 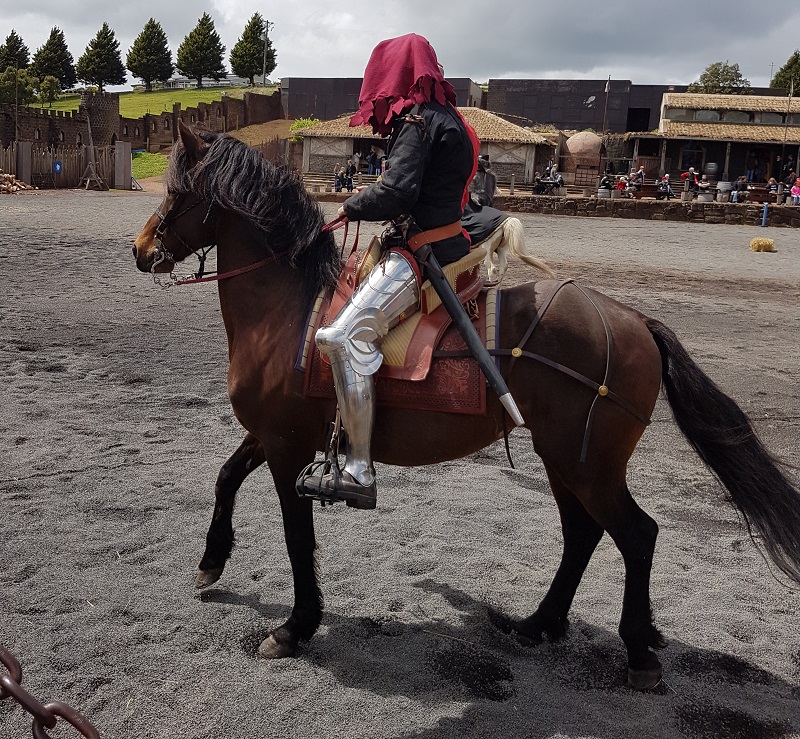 I took Rev and Amber attended competed on Sparky. Rev and I won the non-pro Skill at Arms competition. I think this was Amber’s first SAA competition, and she did really well.

Not long before, my harness had arrived from Holland, and I had only had a few opportunities to wear it. On Sunday, for my first public outing, I did some sword and pollaxe training with Craig and Cherilyn in the JOAS camp. It was the first time ever I picked up a pollaxe, so it was a bit of an adventure. But a fun adventure. 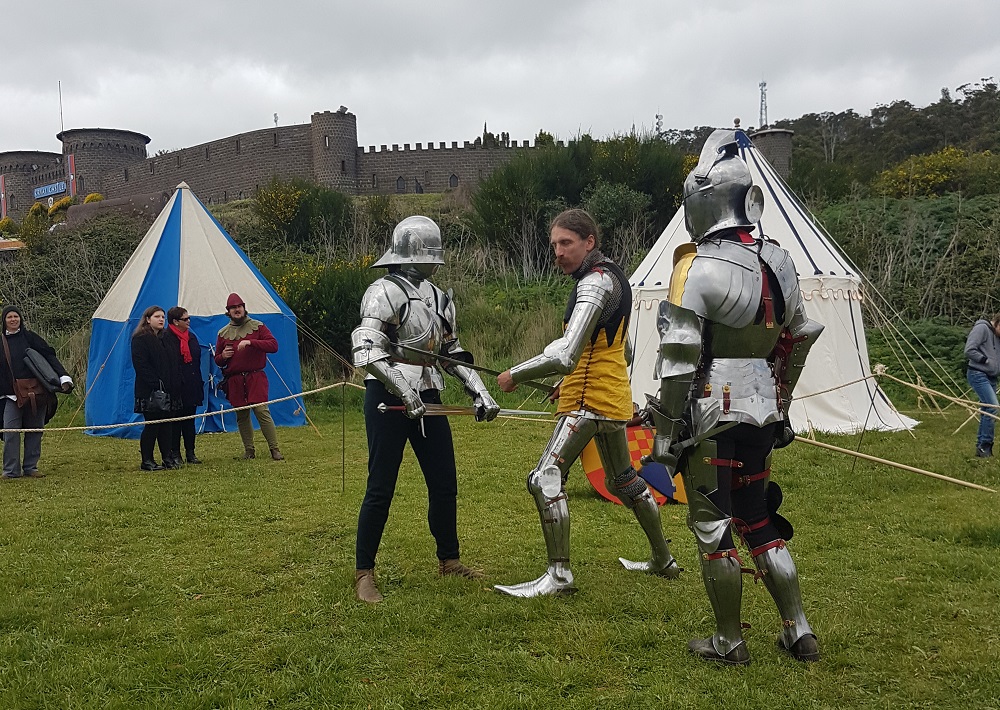 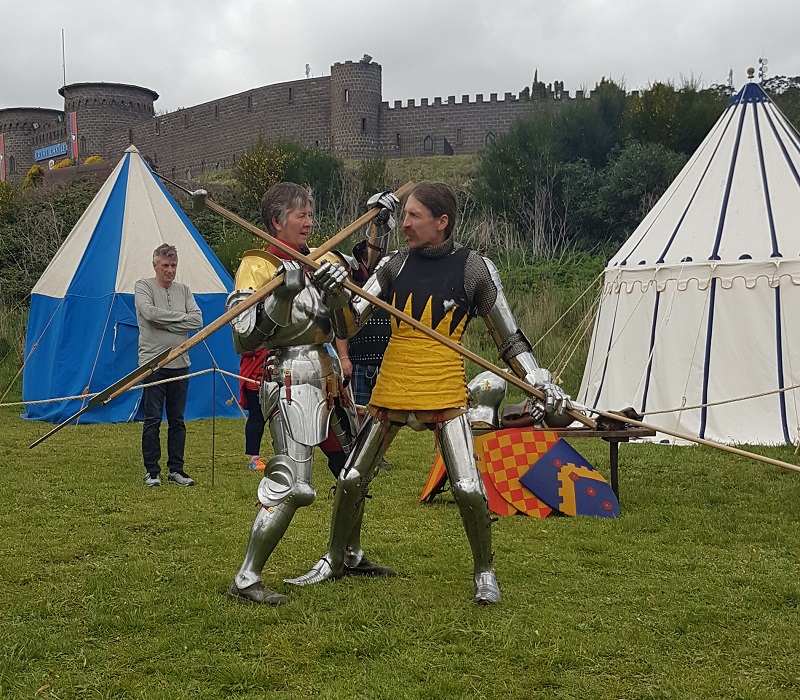 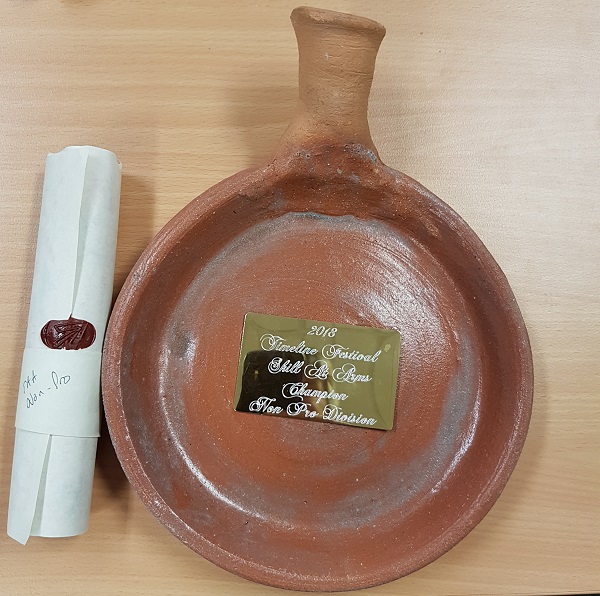