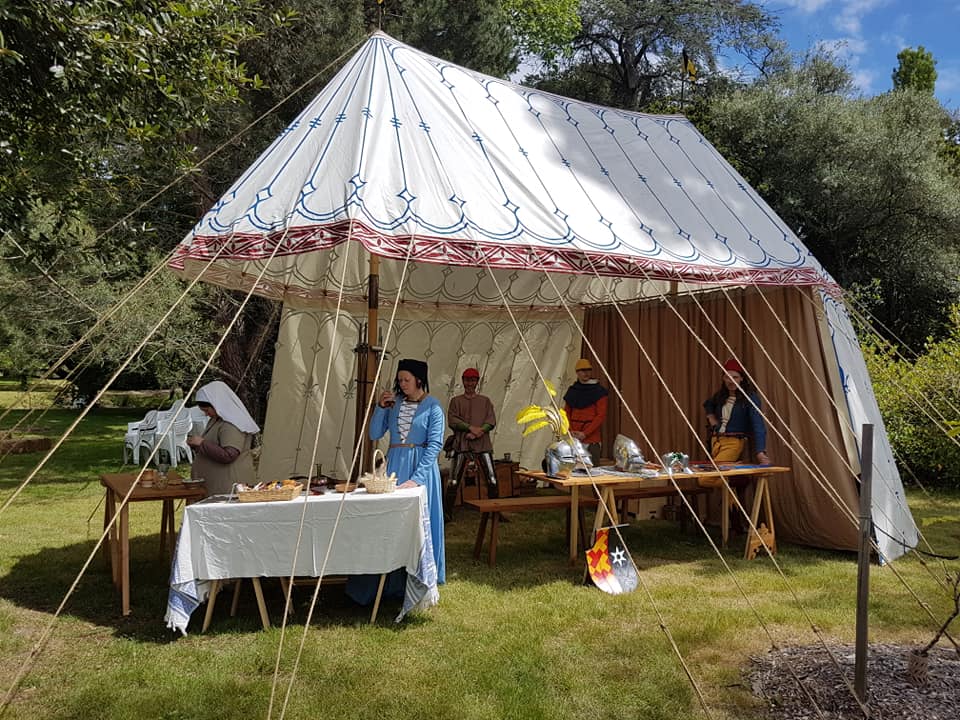 Malmsbury Village Fayre was held at in the Botanic Garden at Malmsbury, Victoria on 17th November, 2019. 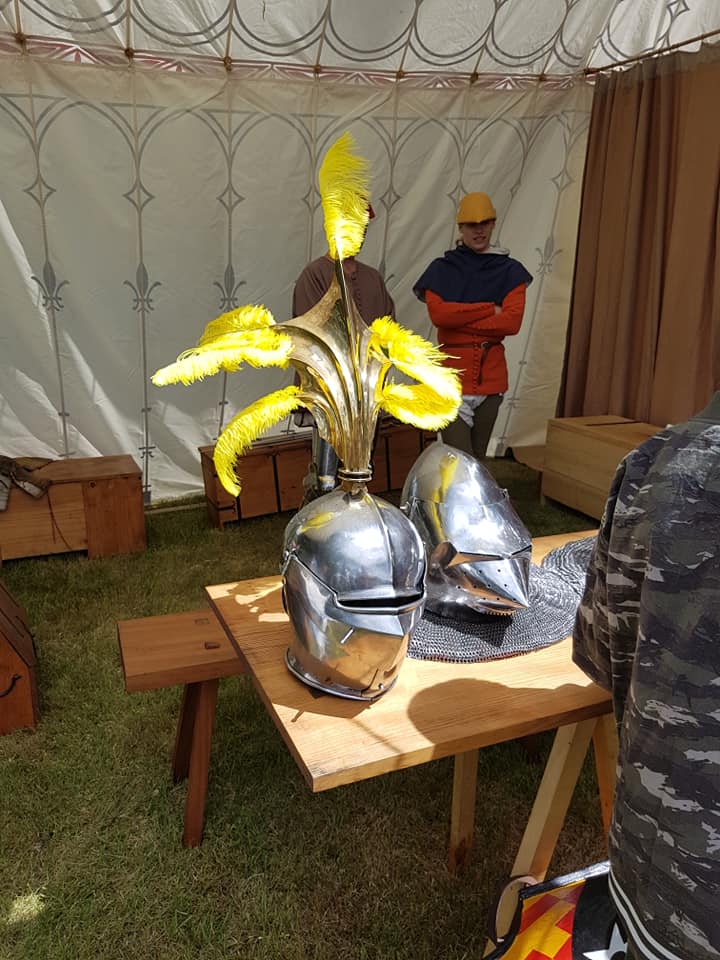 I attended with JOAS as part of a medieval display with a tent, weapons and handcraft displays. In the afternoon, we did an armouring and combat demonstration. Cherilyn and I demonstrated half swording and dagger and wrestling moves in 15th Century harness, and Craig and Nigel showed pollaxe techniques in 14th century harness.

This was the first event I attended this year as reenactor that actually had nice weather. In fact it was glorious.

Unfortunately, we don’t have any pictures of the armoured combat or the harnessing up. But I know for a fact that we had a sizeable crowd and that lots of pictures and videos were taken.