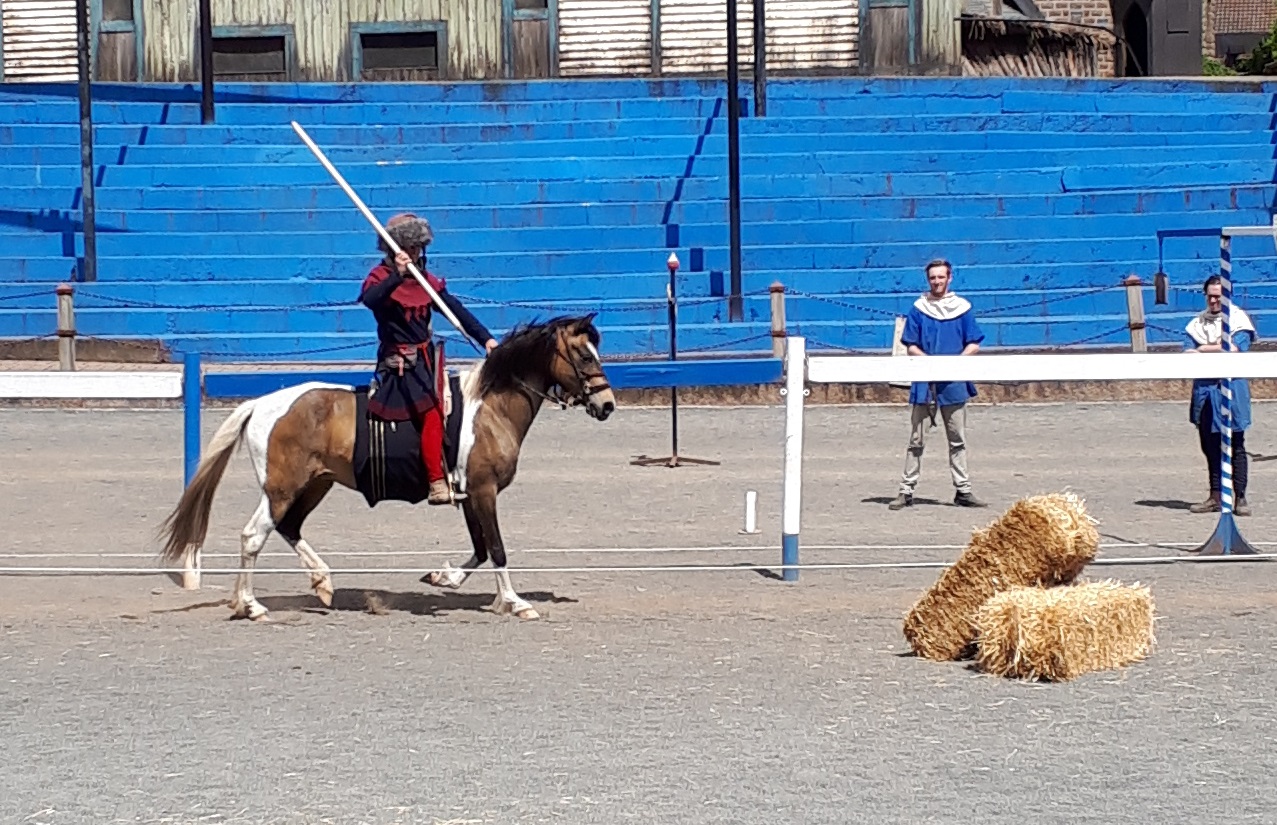 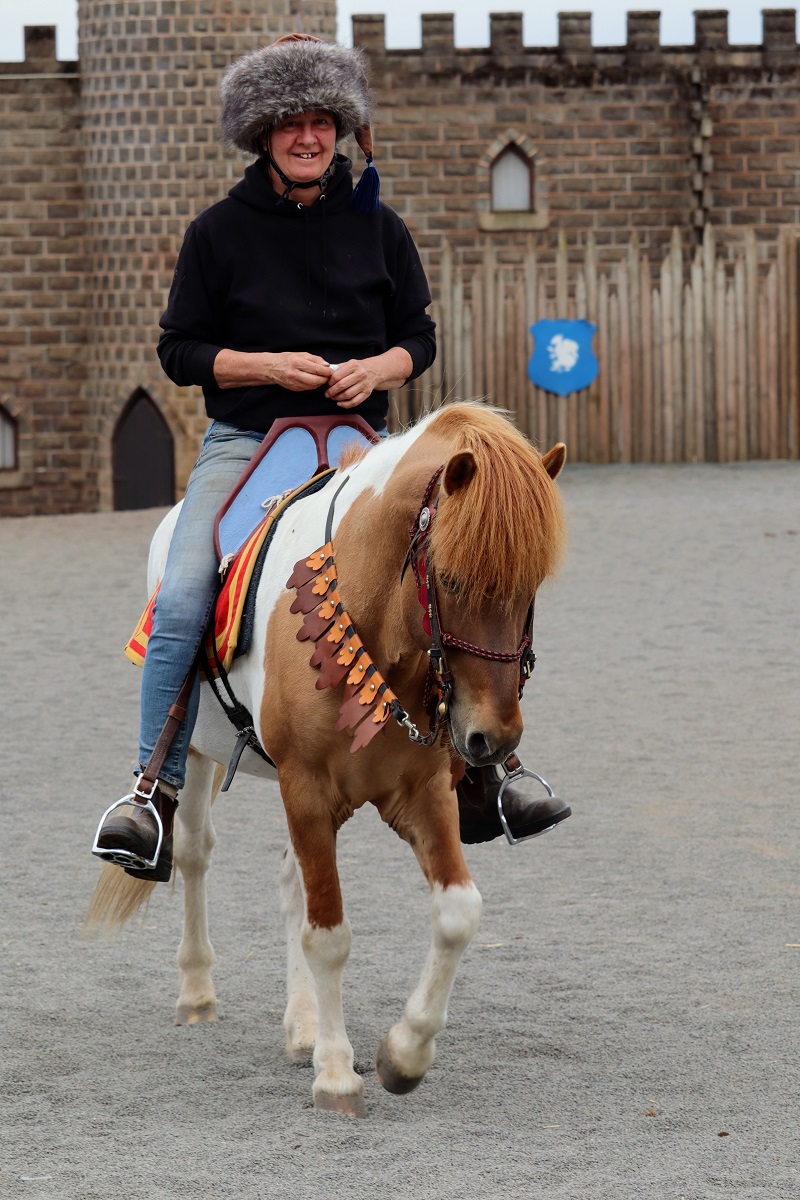 HECS was held at Kryal Castle (Ballarat) at the end of November, 2019. The instructors were Phil Leitch and Katrina Kruse.

This was my second year, but I only attended the last day with Sparky. In the morning, we did skill at arms practice, which I put to good use to refine my quintain skills. In the afternoon we did ground archery first. During this session, I learned the thumb release (I had been using mediterranean release so far). We finished the day off with a mounted archery session, where I continued to work on my thumb release. 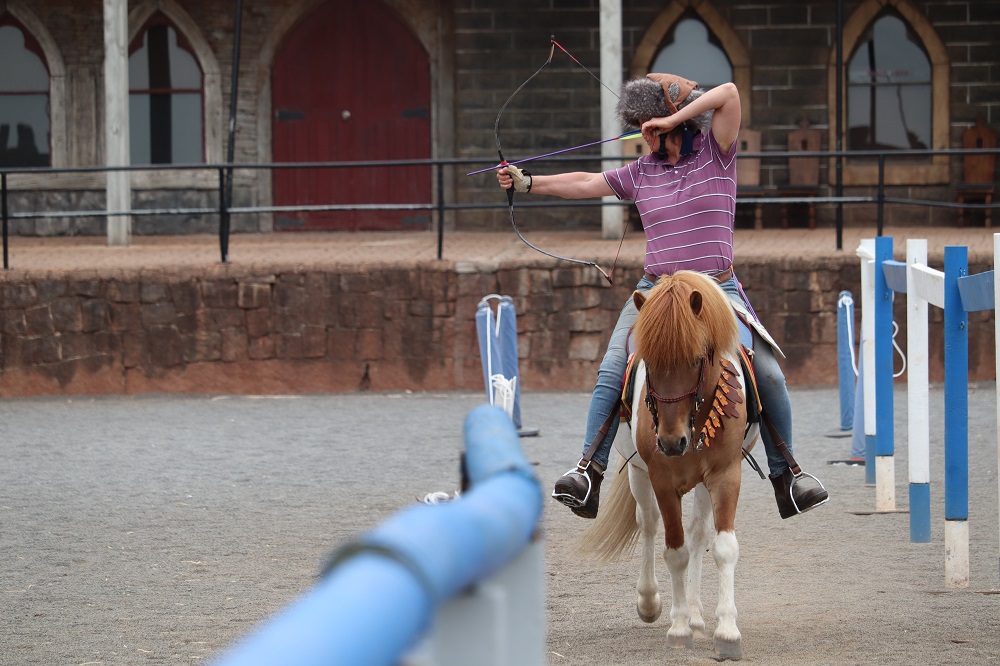 Additionally, I came along to the armouring talk on the previous day. I brought my harness, so symposium participants had the chance to have a look at it and at Phil’s and see the difference between Italian and English style armour. Phil helped me into my harness and explained the parts and the procedure and the function of the arret. Then I had a ride on Geoffrey so people could see the interaction of the harness with a war saddle. I spent a bit of time riding around while the others got on with their skill at arms training. I amused myself trying out Geoffrey, as he is worlds different to any of my horses. 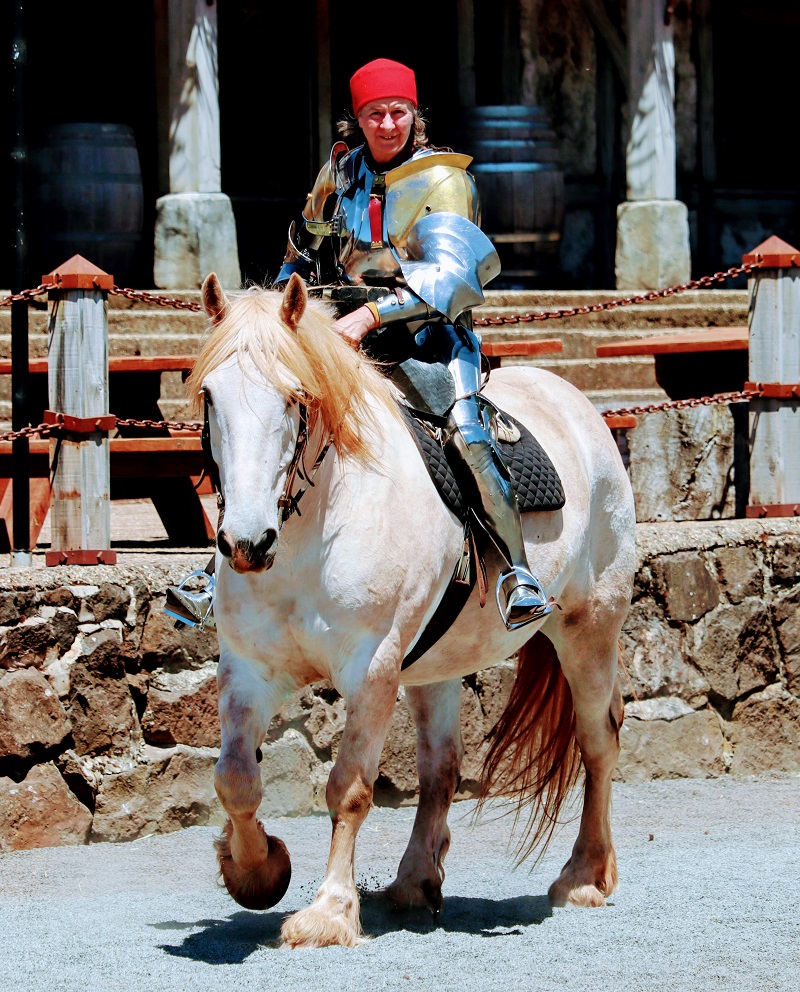 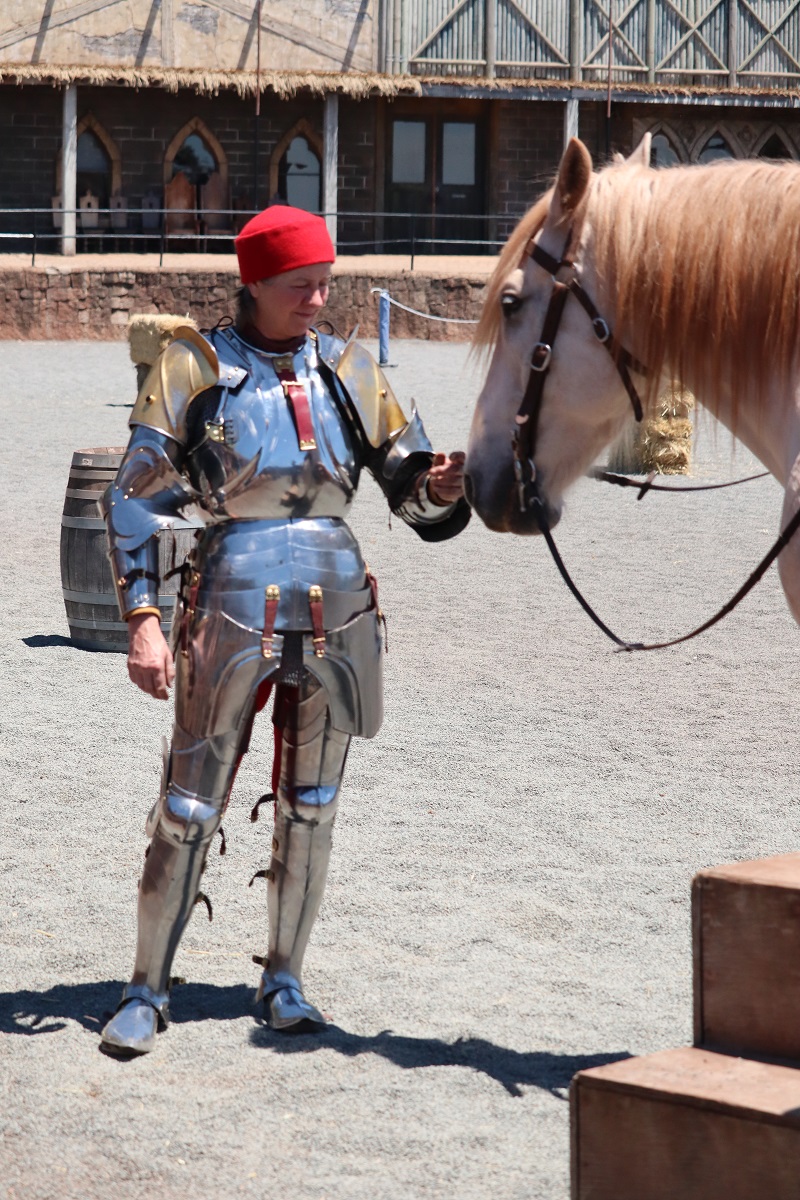 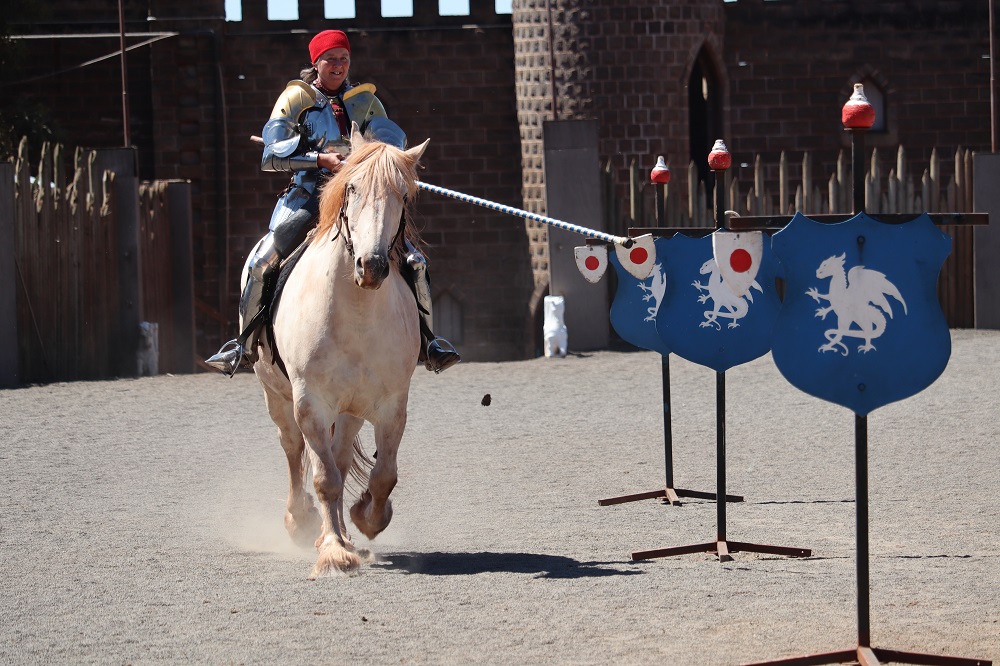 I competed in the Skill at Arms on the Saturday following the symposition. I had decided to bring a horse that hadn’t done this for the non-timed competition, and Sparky for the timed one. I brough Pinta and Sparky and rode Pinta in the non-timed test, which she did very well. For a variety of reasons, I didn’t get to change horses, so Pinta also did the timed test. She did me proud and we ended up winning both competitions.