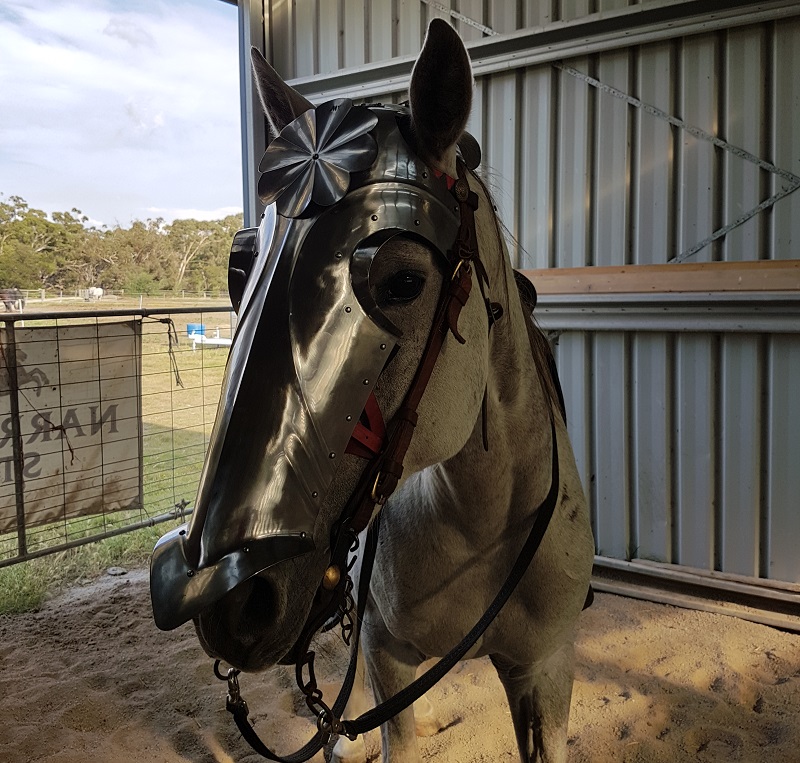 Phoebus arrived in early February 2020 and is being introduced to lots of new stuff. He has changed from a career as harness racing horse to one as war horse and taking things amazingly well. I specifically picked him for his temperament and his good looks. For a horse that hadn’t been ridden, he is figuring things out very fast. He has a lovely canter, and a bonus, he ambles as well.

He has done quite a few trail rides, including some in steep and rough country. He has learned about armour and weapons and we have been practicing passes. He is already super at quintain runs. In addition, he enjoys fun group sessions where we play not just with weapons, but with giant inflateable dinosaurs and unicorns. He has also picked up the basics of Spanish walk. I am looking forward to joust training in the near future, but I am progressing his dressage work, where we are already up to shoulder in and working towards travers. 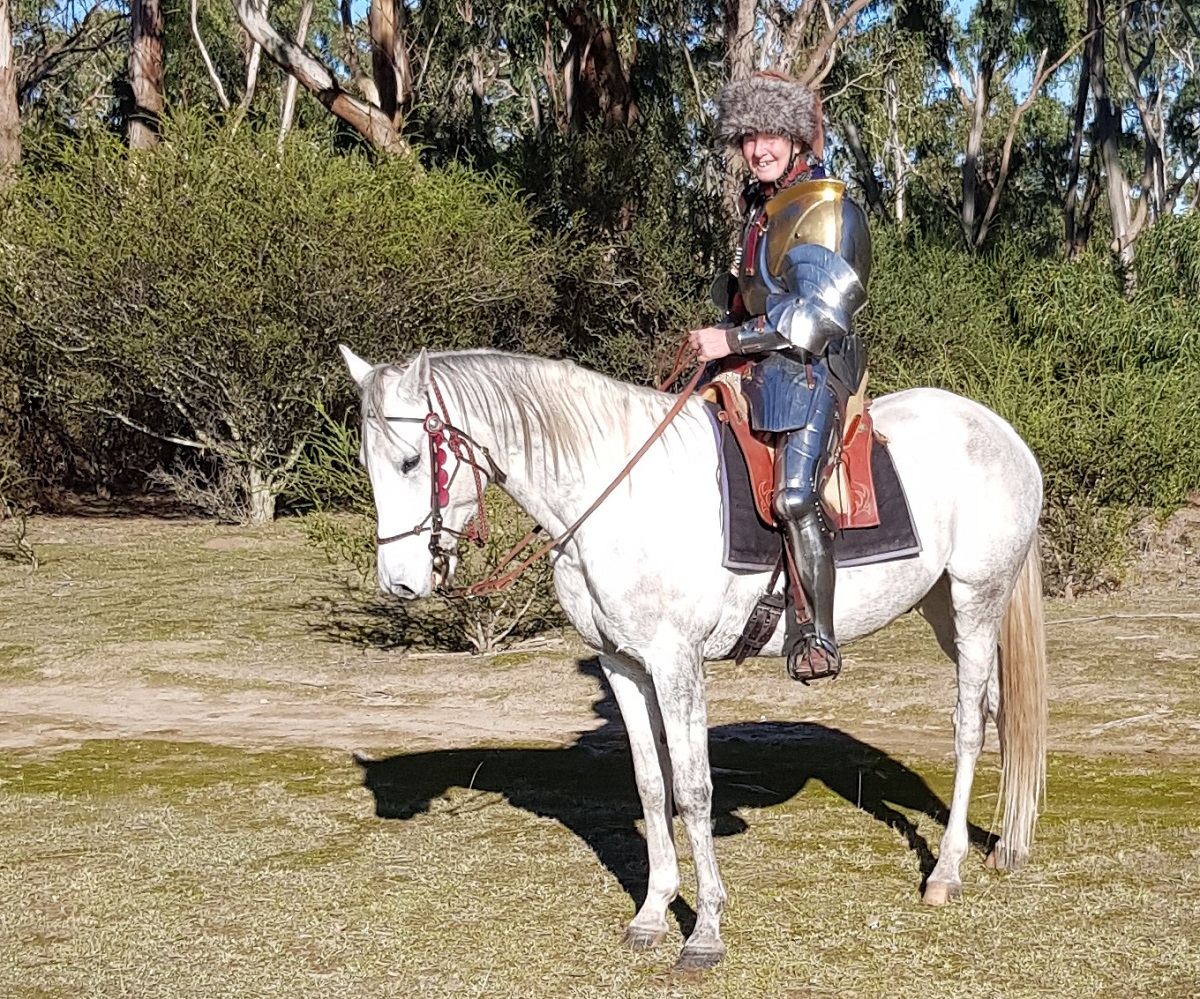 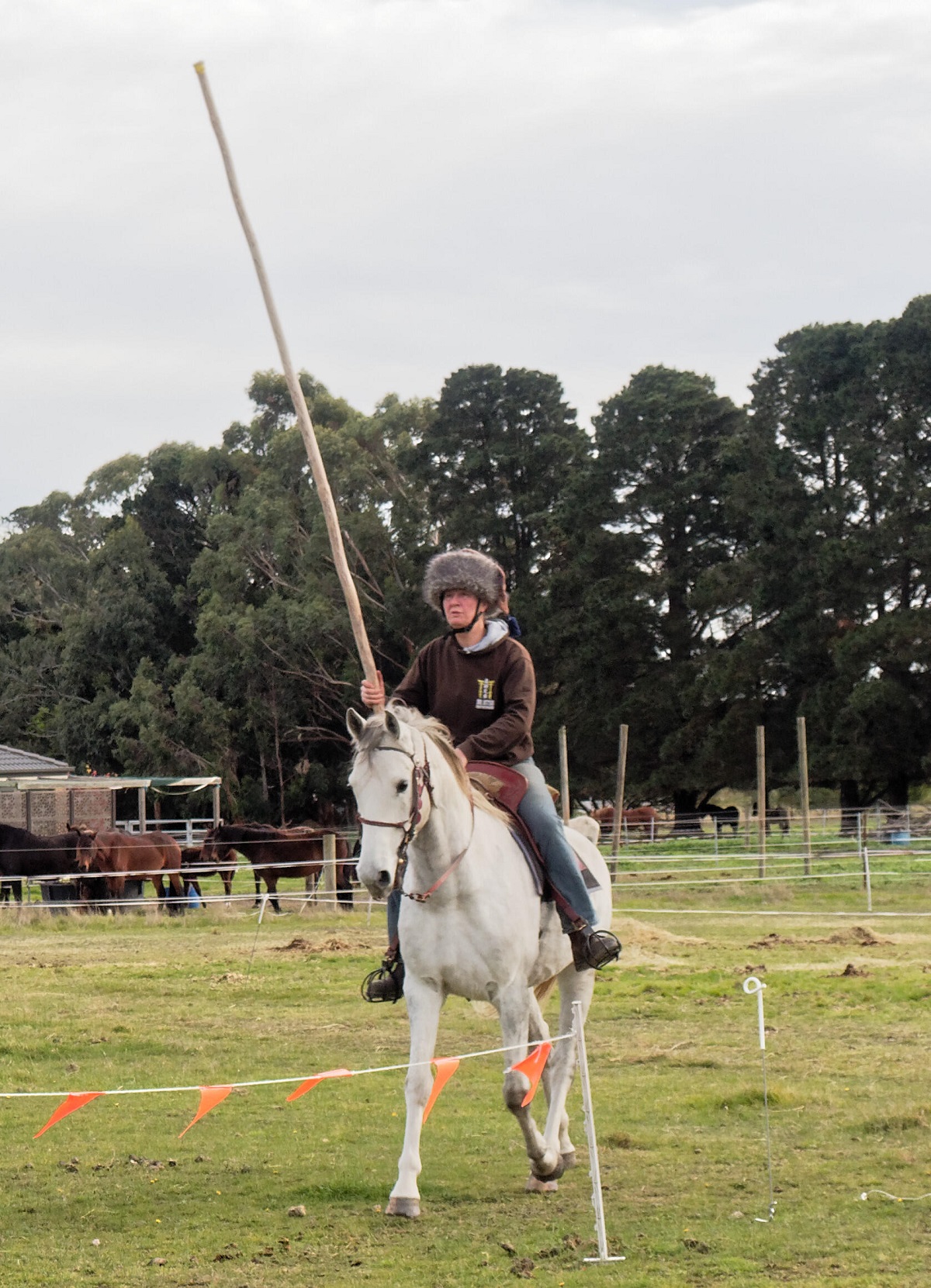 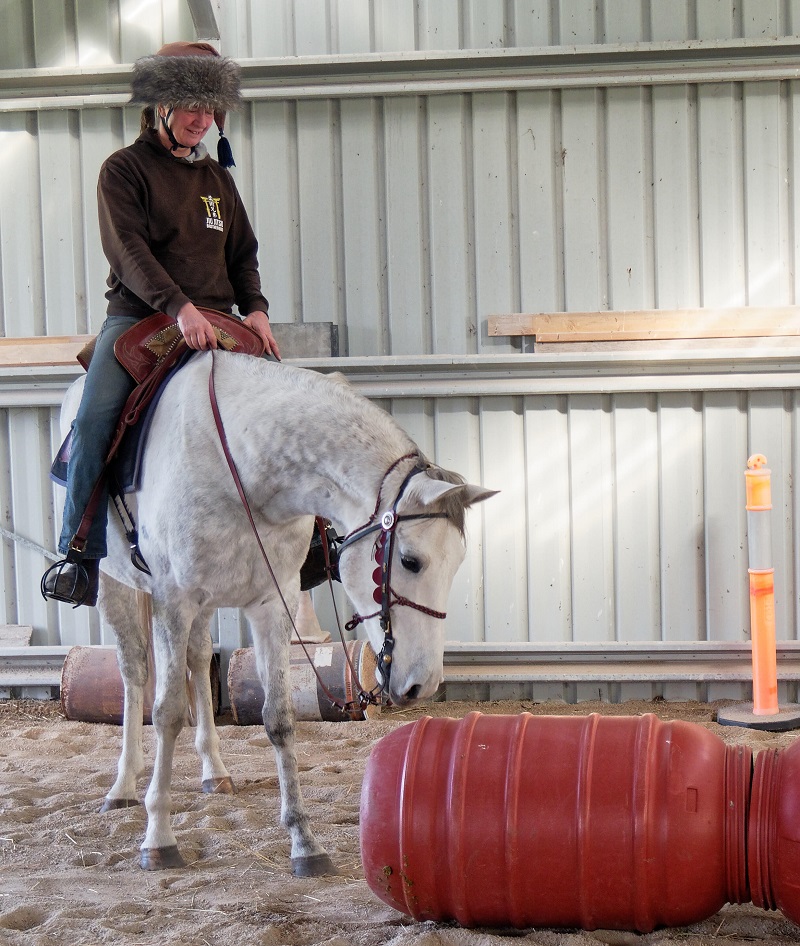 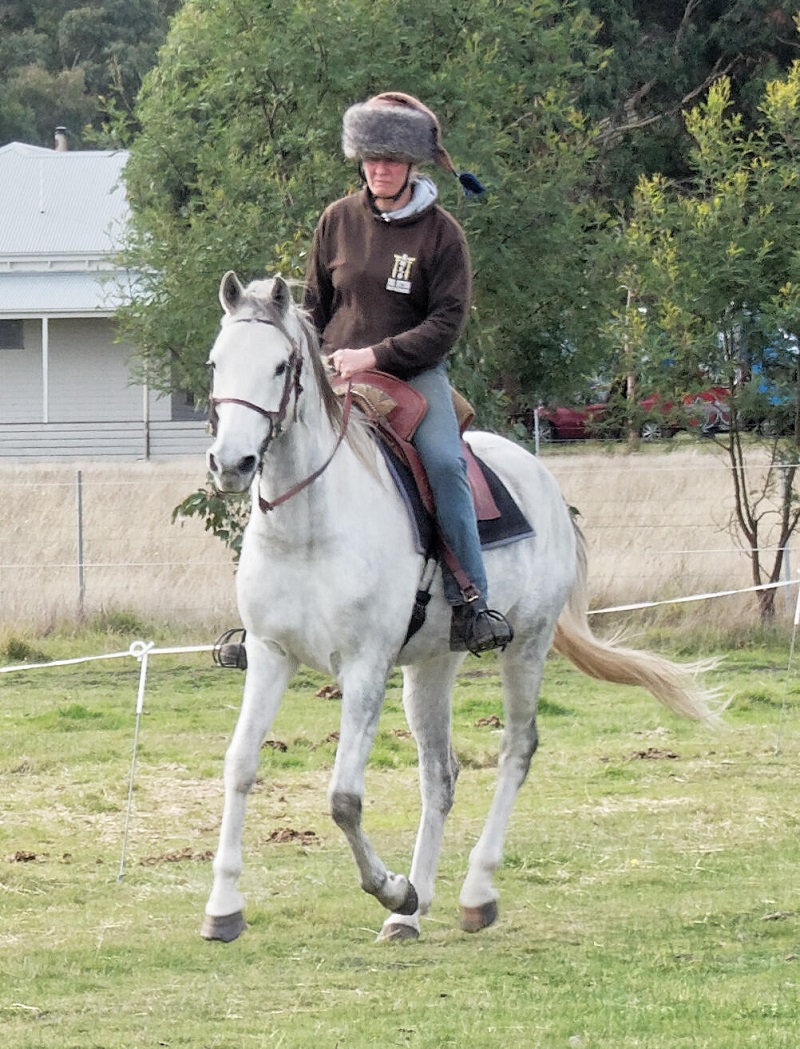